In April, we received a major donation of crayons, pencils, sharpeners and erasers from Stifte stiften.


Why did we only ask for this kind of school supplies?
On the one hand, it means less waste, when being used. Felt pens, ballpoint pens etc. are being randomly disposed of somewhere (in the bush), when empty or dried out. On the other hand, this time the school material went to a very different destination than Gambia:

Part of this Stifte Stiften delivery went to Mozambique, to surprise a local primary school.
Since we couldn't send a container, I was limited to flight baggage. But of course, even these couple of kilos of school material was better than nothing. I also tried to show other travellers, that they can also make a difference how ever small the contribution. So, I hope I could encourage others to help as well in future.

The principal in Ponta d'Ouro (Ponta do Ouro), Mozambique, also hoped for future support. But unfortunately, we have to focus on our projects and areas in Gambia. I told him, that I'll encourage other travellers to take materials with them.

The school's name is Escola Primária Completa Ponta d'Ouro, a primary/elementary school, but also attended by up to 13-year-olds. There are more than 1000 students and because of limited capacities (space, teachers, means) it is operated in two shifts.
They teach Portuguese, of course, but among many other subjects, also English as foreign language.

The principal is very grateful and happy about the donations and expresses his heartfelt thanks to all donors of Stifte stiften.

The rest of the Stifte stiften delivery goes in our next container to Gambia, as usual. 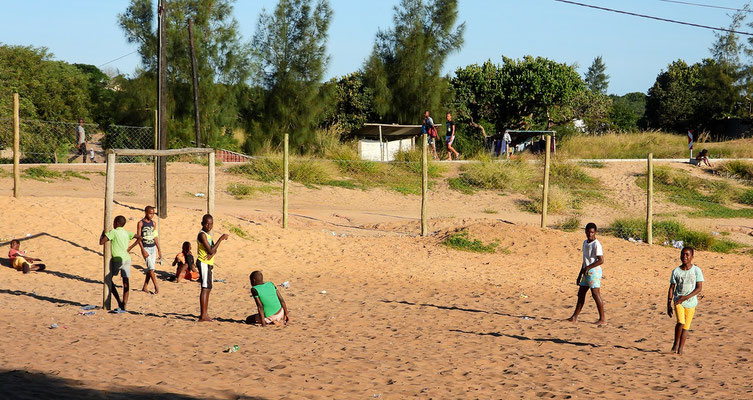 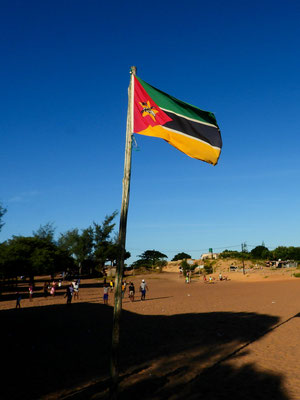 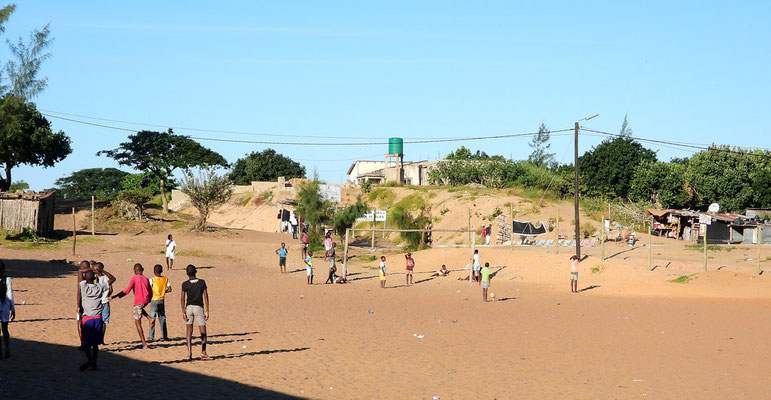 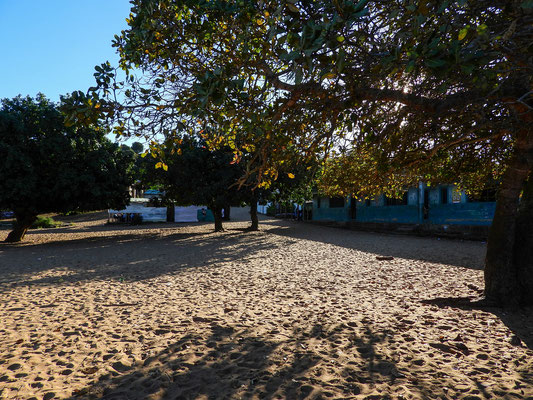 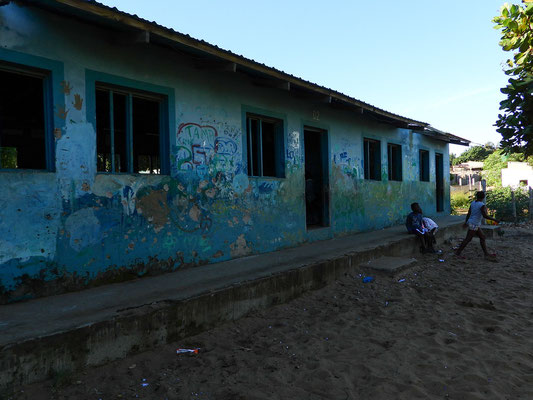 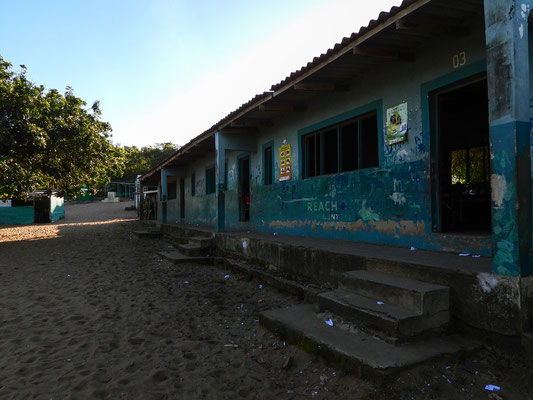 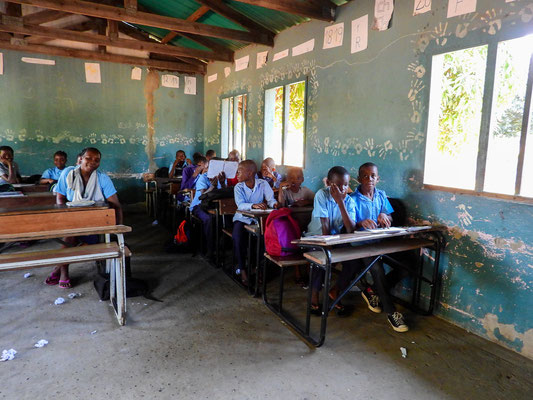 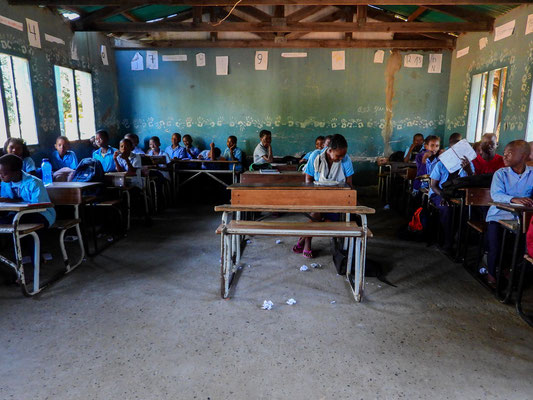 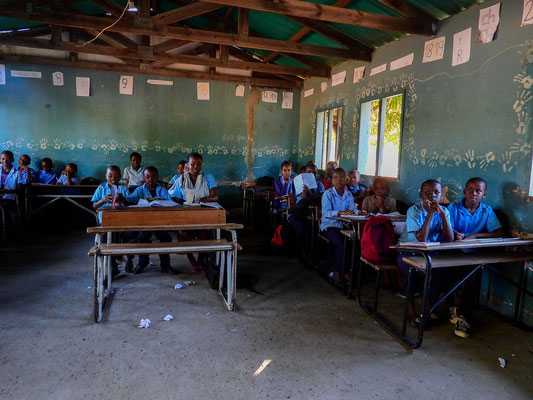 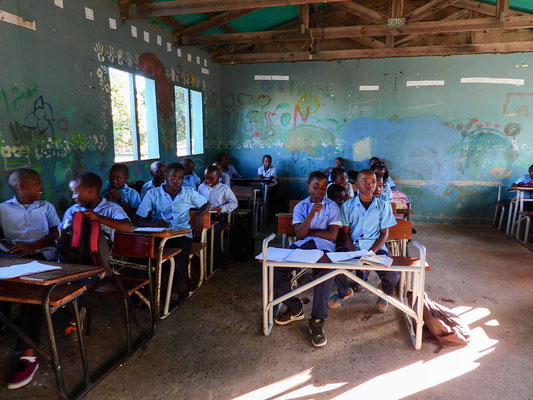 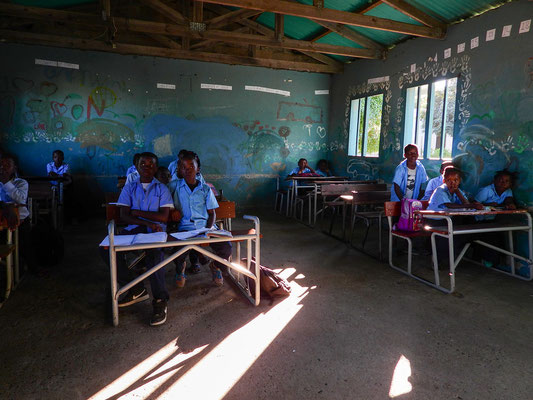 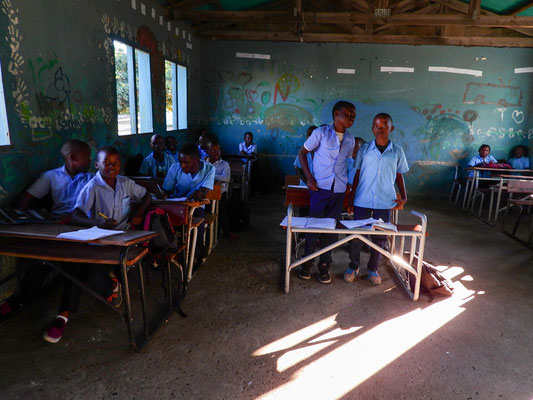 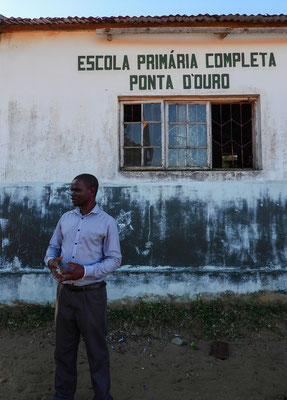 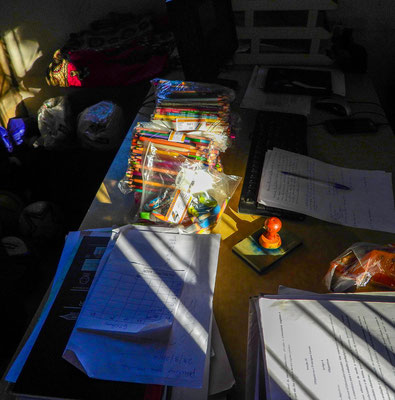 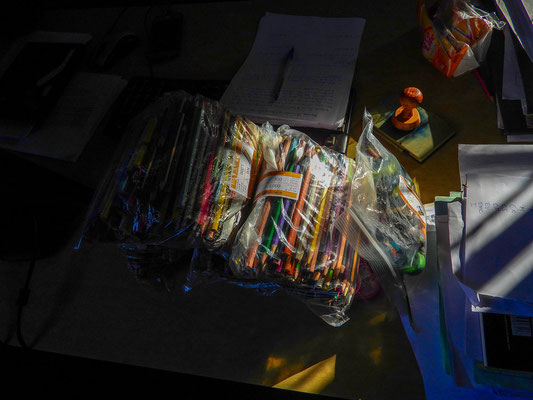